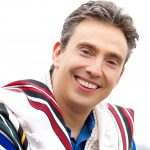 Rabbi David Markus is North America’s only pulpit rabbi also to hold a full-time oath of office, weaving spiritual and secular while staying fully faithful to both. One of only two rabbis whom New York Jewish Week named among Jewish life’s “36 to Watch” for 2022, Rabbi David is a prominent liturgist, musician, educator and pathfinder for a vibrantly modern Jewish life with depth of mind, heart and soul. Rabbi David nourishes his pulpit service with innovation from Bayit: Building Jewish (a trans-denominational innovation incubator whose board he chairs), as rabbinics faculty of the Academy for Jewish Religion (New York’s pluralist accredited seminary), and his practice as spiritual director for seekers of all faiths. For more on Rabbi David, click here. 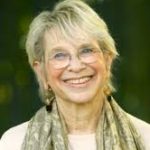 Rabbi Shohama Wiener was the first female president of any Jewish seminary in history, the Academy for Jewish Religion in New York, and also served for 15 years as Rosh Hashpa’ah (Head of Spiritual Direction) and member of the Vaad (Academic Council) for the ALEPH Ordination Programs.  Under Rabbi Shohama, Temple Beth El became a “training synagogue” for the renewal of Judaism. Rabbi Shohama became Rabbi Emerita in 2019 and returns to TBE for Shabbat by the Sea and the High Holy Days.

Rabbi Shohama and Rabbi David bring together strands of Jewish spirituality and practice — tradition and innovation, words and music, text and dance, sound and silence, mitzvah and mysticism — to enrich community life in all its forms.